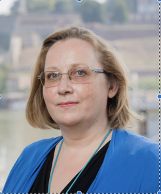 Sonja Stojanović Gajić is an experienced researcher of security governance and conflict-transformation and an organizational consultant. From the end of 2006 to October 2019, she led the Belgrade Centre for Security Policy (BCSP) as its Director, during which she helped it transform from an advocacy NGO into a think tank specialized in public oversight of the security sector and the only Western Balkan research organisation ranked among the most influential Security and International Affairs Think Tanks in the Global Think Tank ranking. For her accomplishments in the civilian oversight of the security sector and inclusion of youth in security research, she received the award for The Person of the Year 2019 by the OSCE Mission to Serbia. She is currently working to support two transnational communities of practice gathering civil society organisations interested in democratising security governance in Europe and globally.

Sonja holds PhD in International Relations from the University of Belgrade and an MA in Politics, Security and Integration from University College London. She taught security studies part-time at the Faculty of Political Science in Belgrade and published on policing, peacebuilding, EU and gender. Her original contribution is the development of innovative engagement tools such as the methodology for measuring security sector reform (SSR) from the perspective of civil society, which has subsequently been applied in Albania, Bosnia-Herzegovina, Croatia, Kosovo, Montenegro, North Macedonia, and Serbia. Sonja initiated a number of national and regional civil society partnerships and multi-stakeholder platforms to address some of the key challenges in the Balkans – such as deterioration of democracy and democratic governance of security, normalisation of Belgrade-Pristina relations, and accession to the EU.

Sonja has more than twenty years of experience as a facilitator and trainer with diverse groups including public servants, MPs, security professionals, civil society, international organisations from Eastern Europe, Central Asia and the Middle East. As an organizational consultant, she had assisted both civil society and public administration in the Balkans with strategic planning, change management and advocacy.