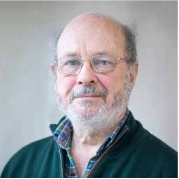 Stephen Yeo has experience managing think tanks, designing new tools for think tank communications, planning the creation of new think tanks, supporting think tanks in their strategic planning processes and evaluating the success of these strategic plans. He has: served as Chief Executive Officer of the Centre for Economic Policy Research, a network of European economists with significant influence on all aspects of European economic policy. He has also helped create new tools for think tank communications, most recently VoxEU, the Centre’s policy portal, which is now one of the most visited economic policy websites in the world. He has advised the International Development Research Centre, the Eurasia Foundation, the Ford Foundation, the Soros Foundations, the World Bank and other funders on the design and launch of new policy research initiatives in Sub-Saharan Africa, the Former Soviet Union, and Asia. He has supported a wide range of think tanks in their strategic planning process and evaluations including, the Secretariat for Institutional Support for Economic Research in Africa (SISERA) for IDRC and USAID, and the International Growth Centre (IGC) for DFID. He has written on a range of subjects, including trade policy capacity building in Sub-Saharan Africa, the effectiveness of think tanks in bridging the research-policy gap, and on the challenges of public engagement for think tanks.